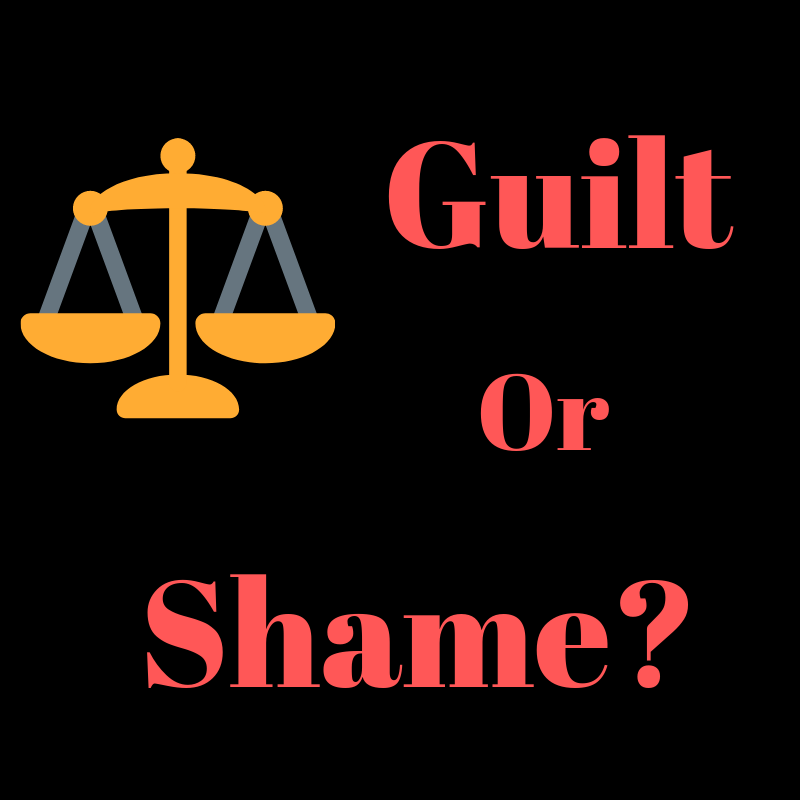 Before you start, yes feeling guilty can be healthy and helpful. I’ll explain how and the difference between guilt and shame. I’ve heard people mix up these feelings many times, often giving guilt a worse context than it needs. The basic emotional and therapeutic understanding of guilt is doing something wrong or against a value; while shame is feeling like you are wrong, bad, broken, lowly, etc. In a community sense, feeling guilty means you believe you have violated some societal or family norm, while shame says your character has been affected and devalued.

Now with some accurate understanding of guilt and shame, even though simplified, hopefully we can start to see the budding benefit of guilt and why shame should be avoided. One caveat is some writers talk about “toxic and health shame,” I personally like to label the feelings as either shame or guilt. No one really needs to feel ashamed ever.

A good example I like is when a boy hits a ball during a baseball game with his friends on the cul-de-sac, and his ball breaks a neighboring window, he is guilty that he did something wrong (even accidentally), and yet he is not bad person for doing so. Assuming a he has a good father, he will be forgiven, but still needs to help pay to replace the window because he is responsible for breaking it. Guilt actually helps us make amends, draws us into repair, and can bring us closer together. It is when guilt turns inward that it draws us into isolation, fear, and shame. Guilt can actually be helpful in a survival sense as well, where it helps make amends so you won’t be kicked out of the group, which often meant our survival in years past. Our character need not be changed by what we’ve done, but rather who we are. In Christianity, starting in the early church, this clearly plays out in forgiveness and repentance, while one’s character is unchangeable as worthwhile children of God.

If you’re feeling guilt, see if you can make amends in any way, admitting to your responsibility and trying to help. If you’ve done all you can, and you still feel guilty, you may be feeling shame and try going back into where you find your worth and value, or possibly seek therapy with a good MFT out there.